Johannes Jacobus Tesselaar, the son of a lowly cook’s mate, became the first land baron in the Overberg after Governor Willem Adriaan van der Stel. And, although he officially died childless, he probably fathered both a “White” and a “Coloured” family line. He left a progeny and legacy which to this day are being untangled in court and by various researchers.

Teslaarsdal (now Tesselaarsdal), nestled against the northern slopes of the Klein River Mountains, hardly looks like the setting for so much intrigue, but a mystery writer may feel as much at home here as filmmaker Fellini. There is no actual village, simply houses and small farms strung out amongst pastures and trees. Many of the inhabitants are related, whatever the colour of their skin.

Its name was changed from Hartebeesrivier to Teslaarsdal, Farm 811, by the post office to rule out confusion between this and another Hartebeesrivier. In the early 1900’s it got two churches and a primary school. Except for goods brought by itinerant traders, everything else had to be brought from Caledon by horse cart or wagon. Nowadays, there are two small shops.

The story of Teslaarsdal started in 1832 when the farm Hartebees-rivier and movables were left by Aaltje van der Heyde, the widow of Tesselaar, to nine servants and their descendants. Amongst them were Barend and Jan Frederik Bredenkamp, twins, whose parents, according to the baptismal certificate, were Jan Frederik Bredenkamp and Maria (Heysenberg), “bastard unbaptized Hottentottin”, the daughter of Antonie Heysenberg and Helena of the Cape. The other beneficiaries were Joggom Koert, Gert and Jan Gertse and the Heysenbergs, Alida, Christina, Elizabeth and Aletta. To this day, the offspring of these people maintain that they were all the illegitimate children of old Tesselaar himself.

There is almost no written proof of this, only verbal accounts passed on from generation to generation. And then also not so far back; three to four generations at most. There are, however, some other interesting facts to consider.

Tesselaar and his wife Aaltje were witnesses at the baptisms of all these children and later also of the mother, Maria Heysenberg. Tesselaar also changed his testament a couple of times. In 1804 he bequeathed the farm Hartebeesrivier to the Bredenkamp brothers and Heysenberg sisters. Specific mention was made of the fact that the Tesselaar couple was still childless after thirty years. Then in 1809 he added the names of Jan and Gert Gertse and Joggom Koert.

Johannes Jacobus Tesselaar died in 1810. His wife, Aaltje was left with a vast estate, fantastic jewels, 38 servants, 150 horses and many earthly goods. How he came to such riches from nothing remains a mystery. It is known that as a lieutenant in the Cape Cavalry he received the farms Steenboksrivier and Hartebeesrivier as payment from Van der Stel. Hartebeesrivier was a loan farm and he subsequently received another five farms. He was also one of the officials involved in the salvaging of the Nicobar which stranded near Quoin Point in 1783. The wreck was looted by local farmers, and it is on record that several wagonloads of salvaged goods were off-loaded at Tesselaar’s farm.

After Tesselaar’s death his widow continued farming on Steenboksrivier till her death in 1832. She produced wheat and barley and also had 15 000 vines, 38 servants, 148 horses, 10 wagons, 70 cattle, 300 sheep and 100 goats. Old man Tesselaar’s estate then went to his nephew, also Johannes Jacobus Tesselaar, except for Hartebeesrivier which went to the servants. The younger Tesselaar eventually became known in the Overberg as “The Capitalist”. He sold the farm Steenboksrivier to a Scot, Dr James Ross Hutchinson, who renamed it Dunghye Park. Tesselaar, like his uncle, also died childless (in Cape Town in 1869). Some of the descendants of the above mentioned servants are still living at Teslaarsdal.

The Bredenkamp brothers and their children were assimilated into the “White” community and they also legally transferred their shares to their children. The Gertses, Koerts and Heysenbergs became “Coloureds”. Joggom Koert and Alida Heysenberg got married and they had by far the largest family on the farm. From them descended the Julies and Carelse families who still own part of the farm.

Land was informally used, exchanged and transferred between the family members and their descendants. Boundaries were movable and very informal. These arrangements or transferrals were not registered through the proper channels. Things just sort of happened and were left to take their natural course. Many families came to occupy land through marriage – the Groenewalds, Fouries, Tiers, Gardeners and numerous others. In the end relations and living arrangements became very complicated and entangled and hard to explain. They also ran into difficulty when having to pay tax or trying to sell “their land”, which more and more of them wanted to do because at that stage, Coloured farmers did not qualify for state agricultural subsidies and they were struggling financially. There were no official records of deeds of transfer even though some had deeds of sale to the land they purchased. Some acquired their land through superannuation. The fight over who owns what has been going on for many years now.

In 1971 the Overberg Divisional Council, who had collected taxes on these farms, requested the Supreme Court to deal with the matter and to determine legal ownership. It was a sticky case and two years later the court ruled that the Council had no right to make such a case and things would be left to continue as in the past. It would remain a mixed area and those who assumed inherited rights would pay tax. A total of 128 people, 87 Coloured and 41 Whites, claimed rights to the land. The Land Organising Committee was formed in 1982 to settle the rights of ownership and the dispute between the Coloureds and Whites of Hartebeesrivier. Many court cases ensued from this unhappy state of affairs and some are still pending. 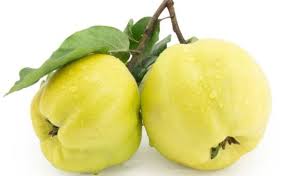